As per Section 3 of the LPAI Act, 2010, the Land Ports Authority of India is constituted to include the following: Chairperson; two Members-out of whom one shall be Member (Finance) and the other shall be Member (Planning and Development); not more than nine members, ex officio, to be appointed by the Central Government from amongst the officers, not below the rank of the Joint Secretary to the Government of India, representing the ministries or departments of the Government of India dealing with Home Affairs, External Affairs, Defence, Legislative Department, Agriculture and Cooperation, Customs and Revenue, Commerce (South Asia), Railways, Road Transport and Highways; the Chief Secretary or his nominee not below the rank of the Secretary to the Government of the respective State where ICPs are located; and one representative each from recognized bodies of workers and recognized bodies of traders (both appointed by Central Government). 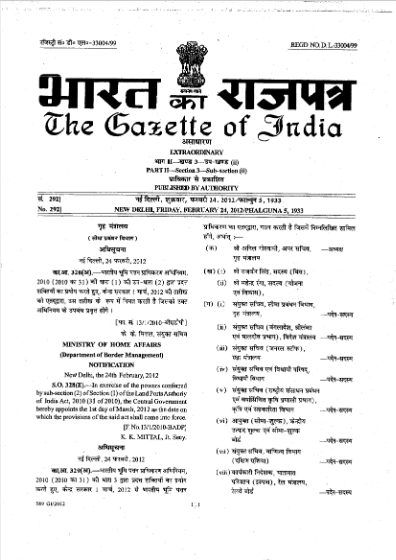